Yes, mr. Biden agreed to $15 minimum wage. But that was a campaign promise. How often in your life have you seen campaign promises come true? And we must remember mr. Biden is not a progressive. Kamala Harris’s though. As a progressive., I knew going into this election that Joe Biden was a moderate. But all that mattered to me was that we get rid of Donald Trump! And if that meant I had to Rally behind a moderate, so be it. We were successful. We got rid of Donald Trump.

Now that we have succeeded, progressives are wondering where are all of the things that were supposed to be done for progressives! We helped get you the presidency, you have to help us! We want $2,000 checks. We want $15 minimum wage. I want that too, my friends, but I knew going in that that was a dream.

It is now the day before Donald Trump’s second impeachment trial in the Senate. He will not be impeached in the Senate. We know this. It sucks. But just like the minimum wage, let’s just be happy that he is gone. And if he is allowed to run again in 2024 do not vote for him! If we cannot stop him, let us do it the old-fashioned way. The same way we didn’t let him get a second term. For me this is a no-brainer. And honestly, I’m not that happy about Joe Biden oh, he was my number 8 pick! But we got rid of Donald Trump. And that makes me happy.

We will see a $15 minimum wage in our lifetime. Remember, we still have Kamala Harris. I am resting my Laurels on her. My Laurels were never resting on Joe Biden. I am so happy he is there. I am so grateful that we defeated Donald Trump! But that was never my goal. I am a true Progressive. And someday I will see the little man get $15 minimum wage.

I live in Donald’s world. A world without fear.

No fear of ever hurting the Earth. But why, is unclear

Here we burn lots of coal, I’m told the carbon footprint is a good thing.

These liberals cry, stop it! You’re killing the planet!– a typical song they sing.

So to make them happy, we used a Wind Mill. Green energy makes them smile,

But wouldn’t you know it the damn Birds got caught, a bird graveyard for a mile!

You see going green is bad! Don’t get me started on that solar power.

Those panels are ugly. We would rather have a giant smoke Tower.

In our world, we don’t tax the rich. Everyone knows, Trickle down Economics work!

What do you mean the poor are still poor? They get $7.50 in minimum wage you jerk!

We Believe Healthcare is a privilege, not a right.

So keep paying those insurance premiums! Your good health is in sight.

So you just had a cough, only pay your deductible and go home!

It has been two weeks, I’ve heard nothing but you charged me two thousand bucks!

I’m starting to think your system is broken. Everything you say sucks!

We don’t want to live in Donald’s world anymore. We gave everything to you.

But you just took our money, you screwed everything up, it’s time for someone new.

Abigail lived on a farm and sold fruit from her fruit trees.

One tree always had rotten fruit. She would scream at the tree, just grow good fruit please!.

She thought maybe she should chop the tree down.

It just will always be rotten, she thought with a frown.

Then one day a plague came to town.

Death and sickness we’re all around!

Everyone, even animals were getting sick.

But her pigs showed her a little trick

Everyone’s pigs in town had died. But not hers. And she had no idea why

Then she caught one eating a bad fruit! Maybe we should give that a try

So she gave all her animals a piece of bad fruit. And they all stayed healthy.

She could sell them all and be quite wealthy.

Then she thought, maybe I should give everyone a piece.

She did. It gave the sick sweet release!

It seems the bad fruit were actually The Cure.

What was in it no one was quite sure.

A stroke of good luck! Many would say.

Abigail I was lucky. And she said to me,

I am sure glad I didn’t chop down that tree!

To everything. More or less.

They can’t believe in God so they pretend.

It must be Little Green Men! Their credit we send

A conspiracy theory is not based on faith

And saying it out loud is kind of a disgrace.

Everything with this President is a conspiracy theory!

His Madness is starting to make me quite weary.

There is no cure for this virus, don’t listen to him!

Children are not immuned. If they get sick, it looks grim.

You got more truth watching Ancient Aliens. And that is pretty sad.

Everything that Donald Trump says makes me mad.

You will get more truth there, that I see.

What were we expecting? We voted him in!

And conspiracy theories were no longer a sin.

That’s right, we voted in a TV reality star!

You probably got more truth from Ancient Aliens than the news.

Please everyone, this November let him lose!

Because Ancient Aliens is looking pretty good, what’s the deal?

When fiction becomes reality, and absolutely nothing makes sense.

Governments are falling. And the world is getting tense.

Conspiracy theorist say it lies with the president!

Come back to earth my friends. And live in the real.

Aliens can’t save you no matter what you feel.

This is November go out and vote. And maybe you will see.

There is no sanity watching TV.

Reality is all around, go ahead and take a look!

Don’t turn on your TV. Read a really good book.

We are smarter than this. Don’t believe what ancient alien theorists say.

If you do that, possibly this nightmare will go away!

This November, let someone else win.

Truth is not in Aliens. It lies within.

Within you. But you must open your eyes!

See that this President just spread lies and More Lies.

Aren’t you all just worn out and a little tired?

Send him back to The Apprentice. Tell him, you are fired!

Maybe aliens came once. But they won’t come again.

Not as long as Donald Trump is here my friend.

Would you visit this planet when the world is such a mess?

You would have better luck with them visiting if the president was David koresh!

As long as we are bickering, they will never come.

Ancient astronaut theorists say yes, but they are just dumb.

Use logic. Occam’s razor. They might’ve come once before.

But until Trump is gone I tell you they’re right outside the door!

If like me you want the aliens to visit again you know what to do.

Save the human race, this year vote blue! 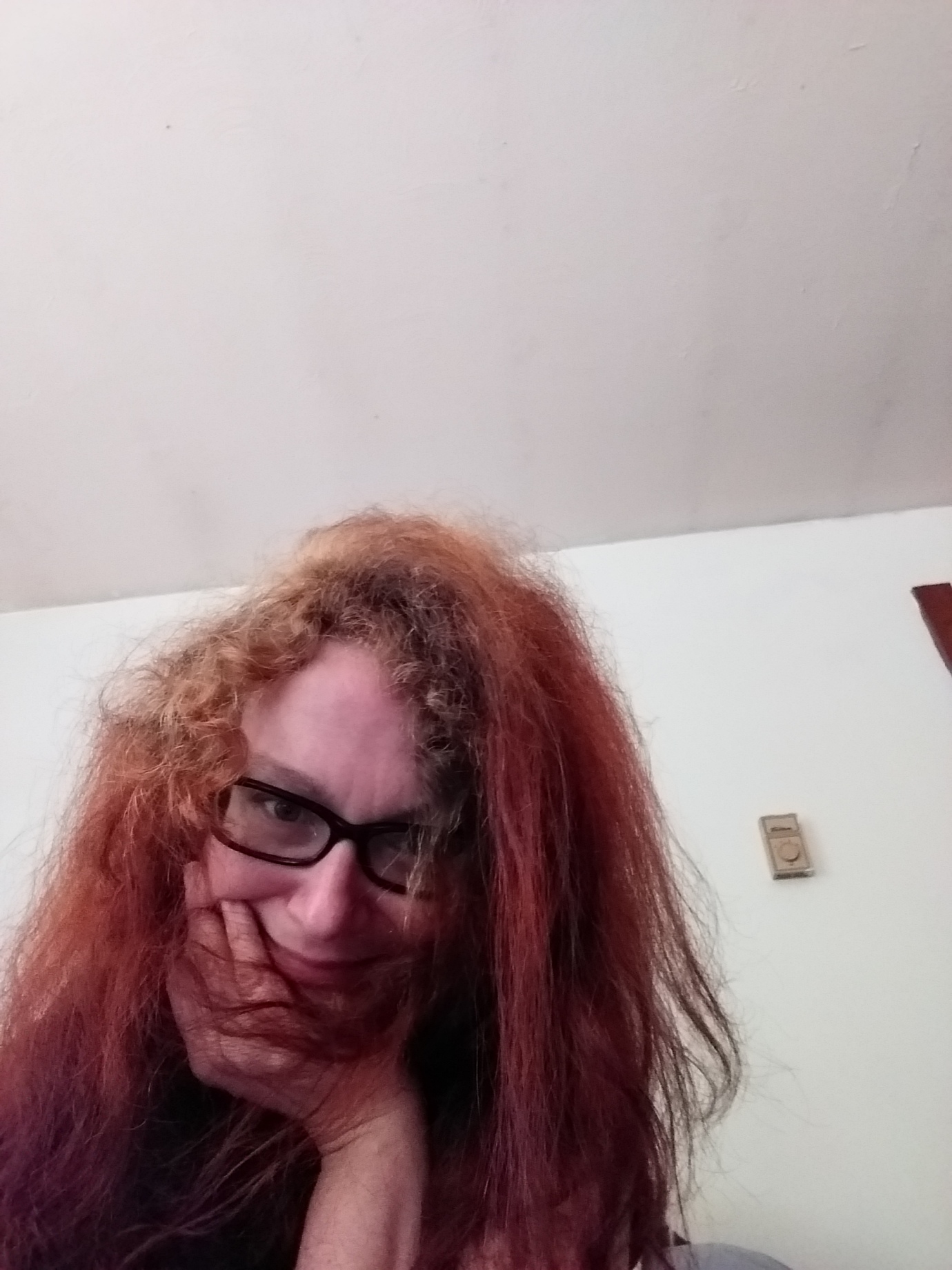 Are you better off than you were When Donald Trump got elected? My family certainly is not. We are certainly worse off. We now join the ranks of the 14 million Americans unemployed. Thank you Donald Trump. Thank you Corporate America. My father used to work for a solar power company. As soon as Donald Trump took over oh, he lost his job. No funding for renewable resources. We need to burn more c o a l!

My husband worked for his company for 14 years. His position for 10 years. They have gone Outsourcing. He works in Information Technology. The big servers. I don’t really know what he does, but I miss school teacher and I know it’s basically the exact opposite of me, computer savvy. I am disabled and I do not work. My husband is the breadwinner. While Elite one percent of America is getting richer, we are getting poorer.

Are you still thinking about voting for Donald Trump? Please do not. He has made this country worse. He has only helped to be elite 1%. Has your tax return change this year from last year? Probably not. But all his friends made more money. Did you? If the answer is a resounding no, I implore you to vote for someone else. Our voice is the one thing left that he cannot control. It probably drives him crazy.

So this is my world now. It was quite good. I get a disability check that I work hard for until I could not teach anymore at age 30. But at least my husband has a good job! We have a mortgage. Thank goodness our car is paid off. But then a few months it will be Christmas time. I don’t know how much cheer there will be to go around, but I know not having Donald Trump as president will certainly help for the holiday.

I am a college-educated woman. My husband is a college-educated man. We should never have to struggle. This is America! WTF! I do not care who you vote for, but for the love of God don’t let it be Donald Trump. I myself am not a fan of Joe Biden, but I am voting for Kamala Harris. But if you don’t like the moderate with the liberal vice president, write in Mickey Mouse! I do not care, but please my fellow Americans do not give that man your vote

I do not want to live in Corporate America anymore. Remember when we used to live in America? I am not one of the elite 1%. I did not get any tax cut these last few years. But I guarantee Jared Kushner did! I’m sick of paying for Donald Trump’s meals. His mortgage. His golf vacations. Enough is enough. Wake up America. If you are not part of that Elite 1%, Republican Democrat independent, give your vote to anyone but Donald Trump!

I have to go now. At age 40 I have to help my husband find a new job. Create a new life. Hopefully here, but I do not know. All I know, if that man becomes president again, I will find a way to move to Canada.