This story has beings that exist only in the 4th and 5th Dimension. So for this purpose we will put it in the third dimension so that our brains can comprehend it

God sat in a chair at a folding table with the devil sitting in the chair on the other side. They once in awhile would get together as friends and play poker. Lucifer fell from heaven but he never stopped being friends with God. That is a misconception in the Bible and in people’s beliefs. The ante for the bet was always Humanity. Sometimes the devil one and he was allowed to send disarray upon the Earth. These were times like World War II. During the Crusades he had a couple winning streaks of wins in a row. But generally God won, and the world was left as it is with the occasional help from him.

They both sat in limbo as the devil cannot visit heaven and hell is just too hot for God. They were playing five-card draw and the God delt first. They both put in their Anti- Humanity.God began dealing the cards and said to the devil, ” it is getting pretty full in heaven. How are things going down there in hell?”

” it’s getting pretty full down there too. I am surprised by how many humans I can trick lately into selling their soul. But it’s your own fault it’s getting so full; you’re the one that told them” to be fruitful and multiply.”, He said with a chuckle.

The cards were all dealt out. God said , “Lucifer it’s your bet. “Then continued with “I think I need to give them another flood. But they have all this technology now and I’m afraid their numbers would still live through it.”

” I bet ownership of the Satanist souls over to you. You know if that flood doesn’t work maybe I could bring on some pestilence?”

God said,” I will see your bet, by passing ownership of the Catholics’ souls over to you. I don’t think pestilence would work either. They have too many chemicals now against things like that.”

“How many cards do you want?”, Asks God “Well, I think you are just letting them get to powerful. I still will never understand why you gave Consciousness to these creatures and created them in your image. By the way ,they look nothing like you.” The devil takes two cards.

” it’s those dumb fundamentalist that take it literally.”God shows an Ace card and takes four cards. ” it’s your bet, Lucifer.”

” I will bet Donald Trump’s soul.”

God says, ” you are getting soft on me there, Lucifer. I will up. Plus the soul of Bernie Sanders.”

” you either have a great hand my friend or you are bluffing. I will see your bet,offering the soul of the leader of North Korea. Let’s see if you’re bluffing or not ,says the devil.

God has to display his hand first he has a High straight flush hearts. ” read em and weep as they say.”

The devil laughs a loud hard chuckle and displays his hand. It is a high straight flush all diamonds. He says,” well ,what do we do now I guess we have to call it a tie.”

God answers ,”but mine are all hearts and a strong heart will always Trump over anything.”

” that’s cute my friend how you threw in that trump word, but what about a diamond in the rough? Would not that be the strongest heart of all beating Hearts like you’re blessed son there ,Jesus?”

God thinks for a moment.” Well, for one thing, just like the created in my image; we all know that’s a metaphor and there’s absolutely no such thing as a virgin getting pregnant. my goodness Lucifer ,now you’re just playing mean. But I concur I think we are in a tie, there is no winning or losing today.”

” what do you say I’ll see you in another ten thousand years or so and we’ll try it again?” Asks Lucifer.

“Sounds good to me ,”says God,” I will see you soon my friend take care.”

Both friends deep part to their perspective homes. Now remember we are in the 4th or 5th Dimension in which time does not really exist. So when one says Ten Thousand Years Ten Thousand Years could be one day. Just like in the Bible when Noah lives to be 700 something or Moses lives to be 800 something time is relative when you are in their world. Our world has set time by the rotation of the Earth moving around the Sun. This is what life depends on… A bet. Which one is your higher power? Or do you have a higher power? And do you think your higher power would play a game with your mind, body, and soul? We may never know. But it is a good thought to ponder. 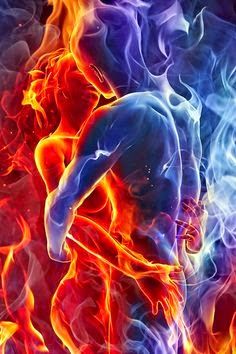